Nobody wants to come home only to find there is a problem with the hot water.  Even in the summer you still need it.  In my house I have an oil-fired boiler with an external hot water tank.  The tank is a heat exchanger.  There is a coil inside the tank that has hot water from the 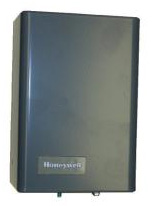 When I got home I noticed the zone valve for the water tank was on but the circulatior pump was not running.  In this condition there is some heat transfer from the boiler to the water tank by convection but not enough to get really hot.  The boiler was down to about 120 degrees instead of its usual 160-170.

The water pump and oil burner are controlled by a Honeywell L8148A Aquastat shown on the right.  This is a very basic device that consists of a relay and a water temperature sensor.  The sensor is used to establish a high-limit which is the maximum temperature that the system could reach.  If the system water would be allowed to boil the safety valve would discharge and there would be water all over the place.  Setting the temperature too high would result in wasted energy and scalding hot water.  Setting it too low would result in complaints of uncomfortable showers and dirty dishes in the dishwasher.  A typical high limit is set between 160 and 180 degrees F.

In this system the low temperature is determined by the setting of the thermostat in the water tank.  Your hot water in the tank can never exceed your high limit set in the aquastat no matter what the tank thermostat is set for. 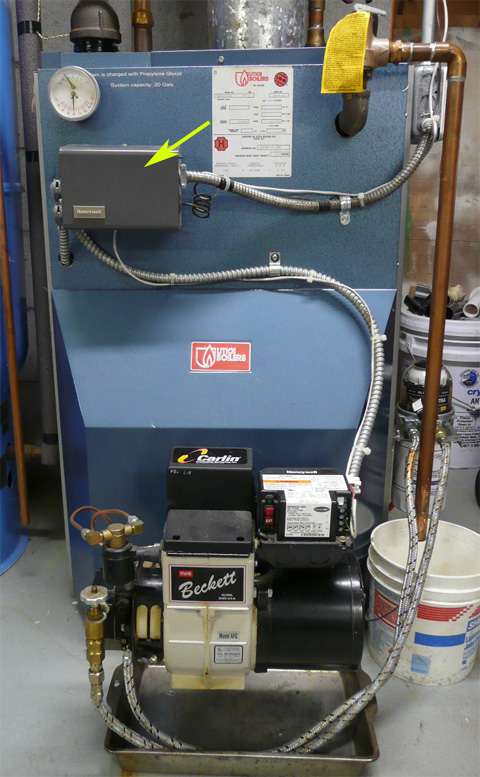 The yellow arrow shows the L8148A Aquastat mounted on the boiler.  The aquastat is mounted on what is called a well.  This is a piece of special pipe with a closed end that inserts into the boiler water.  The Aquastat's temperature sensor is inserted into the well and coated with a thermal transfer compound. 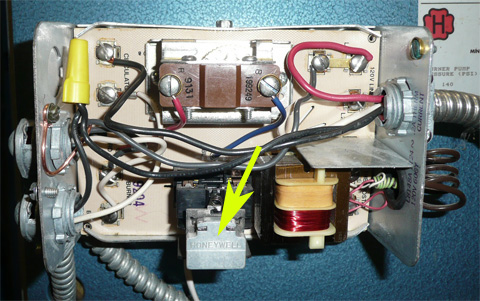 This is what you see when you remove the front cover.  The yellow arrow is pointing to the relay.  One half of the relay controls power to the oil burner.  The other half controls power to the circulator pump.  The relay was operating and the oil burner would run but the pump would never start.  While looking into the relay you could see the contacts and they looked fine.  I even used a small screwdriver to short the pump relay contacts and the pump would not start.  I took a jumper wire and connected one end to 120v and the other to the high side of the pump, contact C2 and the pump started.  That means there was a broken connection between the relay and the pump connection C2.  I need to see the back side of that circuit board. 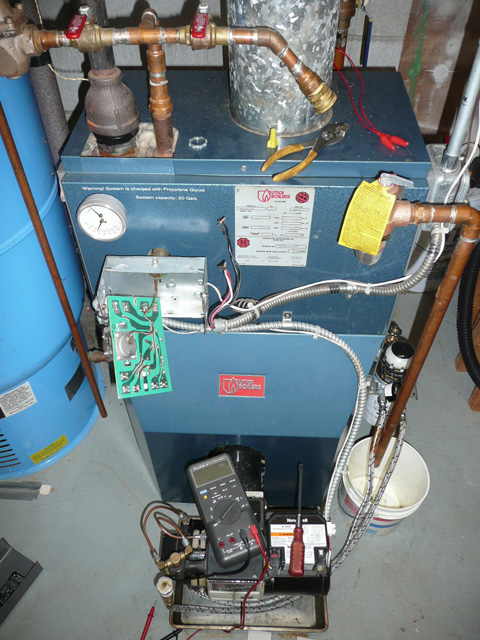 This view shows how I can now easily inspect the back side of the L8184A Aquastat circuit board. 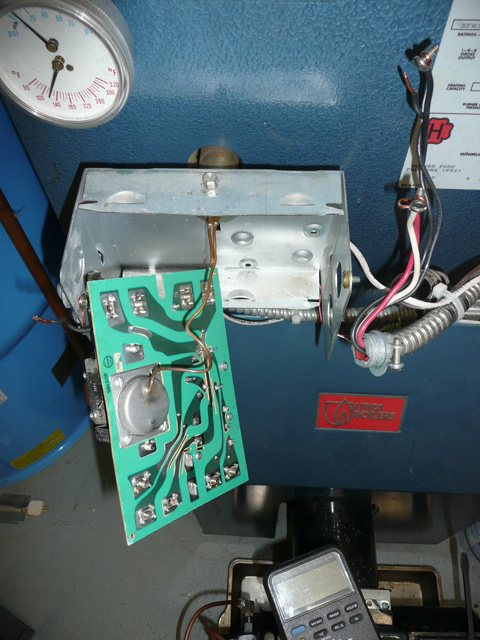 Here's a closer view.  Notice the thin copper tubing going from the board and into the boiler.  That's going to the sensor inside the well.  The sensor just slides in and out so you can freely move it as needed. 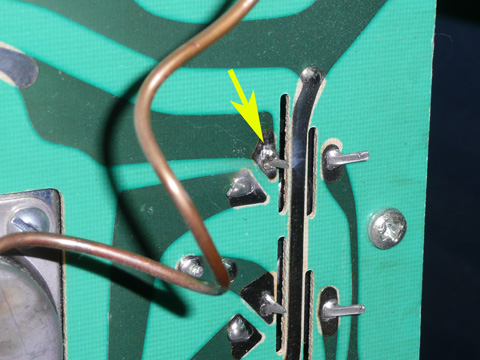 Now we see the problem.  The yellow arrow is pointing to a bad solder connection on one of the pump relay contacts. It must have been a marginal solder joint when manufactured and it took almost 21 years to completely fail.  It's simple to heat up a soldering iron and restore the connection.  After reassembling the aquastat and restoring power the system started up immediately along with the circulator pump.  Hot water was only minutes away. 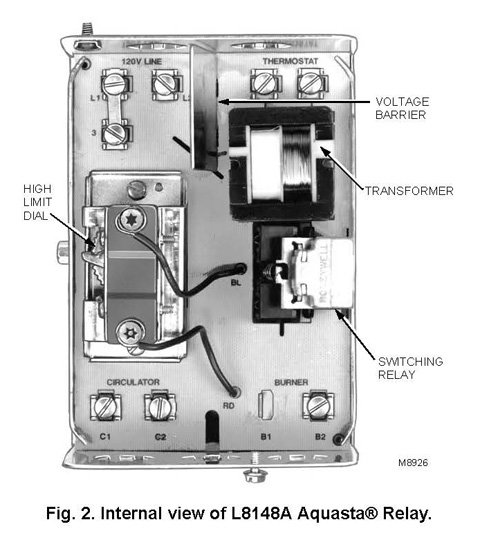 This is a pictoral diagram of the Aquastat.  It's a very basic and simple device.  They cost about $140 at Home Depot.  I would imagine the bill from a contractor would be somewhere between $300 and $500 for an hour job.  They would not repair the bad solder joint.  They would replace the complete aquastat.  I fixed this problem for free.

Here you can see on the schematic diagram where the bad solder joint was located in the circuit.

Remember, please do not attempt self-repair unless you are sure you know what you are doing.  Consider using a heating professional.  There is the danger of electrocution, high pressure explosion, fire and more.  Be sure the system shuts off when the high limit temperature is reached.