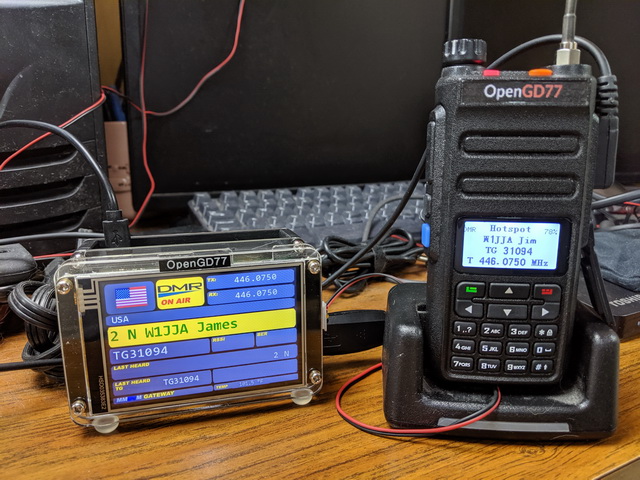 Roger Clark, VK3KYY from Melbourne, Australia is a prominent figure in the ham radio DMR world.  Roger modified the Radioddity CPS and released a "Community Edition" that provides compatibility among all the various versions of codeplugs and added features.  Roger, Kai Ludwig DG4KLU, Colin Durbridge G4EML, Daniel Caujolle-Bert F1RMB and others are developing an open source firmware for the GD-77, DM-1801 and RD5R called OpenGD77.

In the past I was posting Roger's updates here on my web site.  The improvements have been fast and furious.  It was becoming difficult to keep this page updated.  I thought I would just refer you directly to Roger's blog so you could get the most current information.  For example, the June release now has a spectrum scan display on the screen.

Here's Roger's Blog Page where you can learn all about the exciting  developments.  A conflict with the Open Source licensing has required a change in how the firmware and programs will be distributed.  Consult the OpenGD77 Forum for more information.

Please keep in mind that functionality between Open GD77 and BlueDV is not guaranteed.  The developers for each project do not possess the hardware for each other's project for testing.